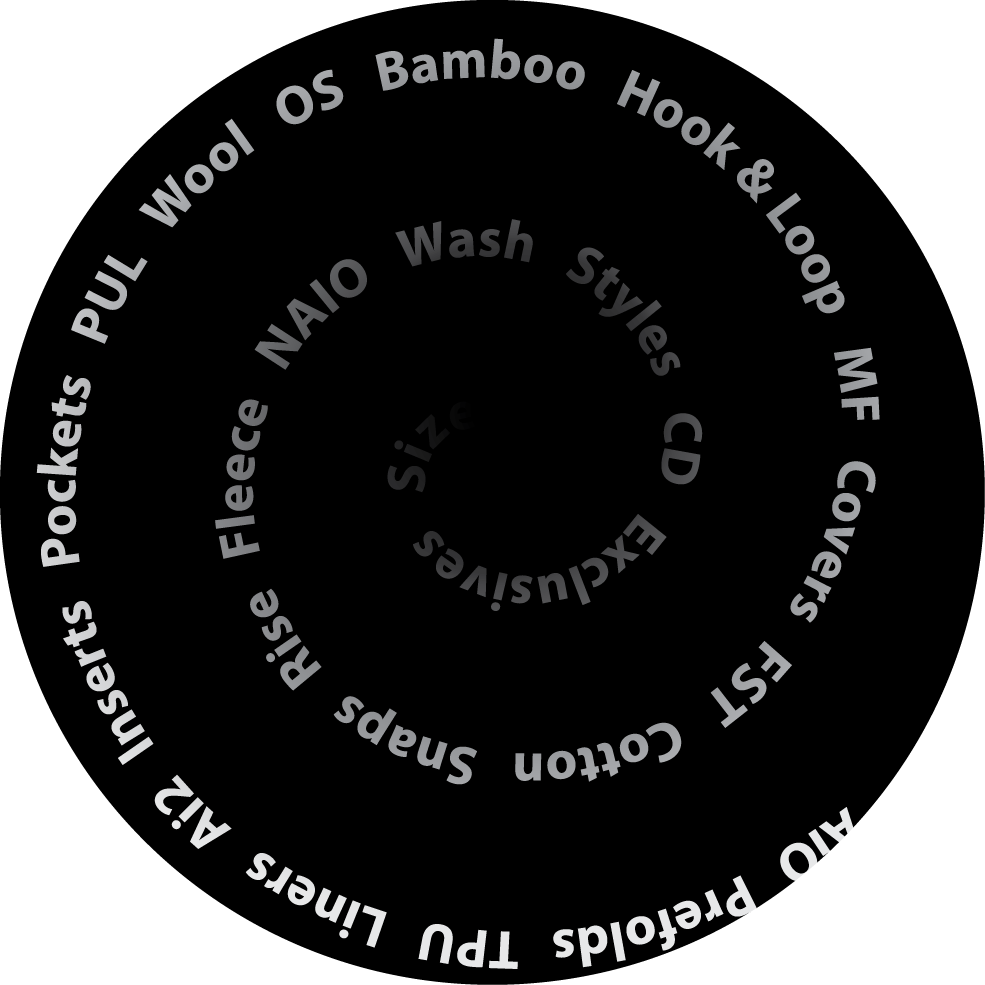 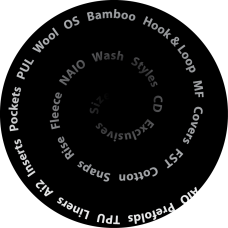 If you’re anything like me, you gave up 30 seconds into your google search of “cloth diapers”. What on earth does AIO stand for? What are all those snaps for? And one diaper costs how much?

Don’t be discouraged! When the initial shock wore off, I went back to my research and found it was much less complicated (or expensive) than I expected. So here’s what you need to know about modern cloth diapers!

Let’s start with the stupid-easy part: all cloth diapers (and disposables) consist of three main components: a moisture-resistant exterior, an absorbent interior, and an enclosure. Cloth diapers sometimes have moisture-wicking materials used to help babies stay dry inside the diaper, but that’s about the gist of it. Let’s break that down a little more.

The moisture resistant exterior is usually made of either PUL (polyurethane laminate) or TPU (thermoplastic polyurethane), but can also be wool, polar fleece, or nylon. Both PUL and TPU are the most commonly used. They are laminated, breathable materials with the only difference being that PUL is made using chemical solvents whereas TPU is made using heat as a binder. Both are flexible, comfortable, breathable, functional, and downright wonderful!

The absorbent interior usually is made of either microfiber or natural fibers like cotton, bamboo (sometimes blended with cotton), or hemp (always blended with cotton). Microfiber is a synthetic material that acts like a sponge, absorbing incredible amounts of liquid quickly (good for babies that flood their diapers) but prone to compression leaks (imagine said baby sitting on a fully saturated sponge). They can be hard to fully wash out, which makes them susceptible to stinking after a while, and their super-absorbent properties make it an irritant to put against baby’s skin directly as it will literally absorb body oils and create rashes. They are still preferred by some, though, for their incredible absorbency and their affordability, used with a layer of moisture-wicking material between the microfiber and baby’s tush. They also don’t needed to be “prepped” before use. Natural fiber diapers tend to still have their natural oils in the fabric that needs to be washed out before the diaper can be used, aka prepping. These natural fiber diapers will shrink and lighten, gaining absorbency over time. Bamboo is incredibly soft and more absorbent than cotton and hemp more absorbent yet, although hemp is a slow-absorber.

The enclosure is usually only necessary for the moisture-resistant exterior of the diaper and is made of either hook & loop (aka Velcro) or snaps. Hook & loop is preferred for it’s ease of use, making midnight diaper changes in the dark possible, accommodating grandparents with arthritic hands or nervous caretakers who are unfamiliar with cloth, and making diaper changes about 5 seconds faster as opposed to snaps. Unfortunately, hook & loop hooks about anything and can wear out significantly faster than their snap counterparts, which is why you will more often find cloth diapers with snap enclosures. These snaps are made of a resin and boast a durability hook & look lacks. Both enclosures allow diapers to be put on and taken off similarly to disposables, and this means pins used in the conventional sense of diapering is unnecessary. But for those of you who wish to use the “old school” diapers, pins aren’t required in those instances either. Snappis and Boingos are pin-replacements, using a rubberized body and plastic teeth gripping the material to secure the diaper in place. These are forms of enclosures for prefolds or flats (more on those in a bit).

The same snaps that make for a durable enclosure also allow for the existence of One Size (OS) diapers. These diapers have snaps installed so that you can snap down extra material to shorten the overall length (aka rise) of the diaper, allowing the same diaper that would fit a 30 pound toddler to also fit a baby a third of that size. Most one size diapers fit a range of babies from 8-35 pounds. For some children, that’s birth to potty training! This is why some diapers look like they have a billion snaps. It’s a scary sight, but once you understand that it’s two sets of snaps with separate functions, it becomes significantly less intimidating.

So what are your options?

Cloth diapers have four basic styles, but it’s not unusual to see some styles combined. These styles are:

Covers are just that simple: they cover the absorbent material inside. What goes inside? Most of the time, prefolds and flats are used, sometimes inserts. The diaper inside is changed each time while the cover can be used repeatedly until soiled. Flats are a single layer of material, usually a large square or rectangle, that can be folded various ways to get a good fitting diaper. Prefolds are smaller rectangles of multiple layers that often have more layers in the center and two seams down the middle to section the diaper into thirds. Inserts are sized in a way that they can just lay right into the cover, no folding necessary, and can be made of various materials and any number of layers. Doublers or Boosters are just terms for inserts specifically designed to be added to the diaper for extra absorbency.

AI2 (all in two) diapers is a system of using covers and inserts, both equipped with snaps so they can be affixed to one another. Each change, the insert is swapped out for a clean insert to be snapped in and the shell/cover is used repeatedly until soiled.

Pocket diapers are like covers with an added layer of either natural fiber or moisture-wicking material on the inside that opens in the back (and sometimes front) for stuffing with some kind of absorbent material. These diapers often come with inserts designed to be used with them, but they can be stuffed with any other kind of insert, prefold, flat, or combination of materials in order to get the absorbency/trimness you desire. These diapers often must be unstuffed before being washed. Some companies add a front pocket to “eliminate the need for unstuffing”. 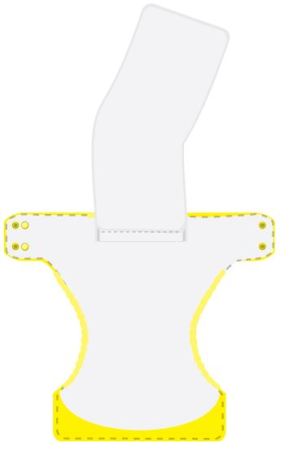 AIO (all in one) diapers take on many, many looks, but the gist of it is as it sounds; every component of the diaper is there: the moisture-resistant exterior, the absorbant interior, and the enclosure. Usually it’s all one piece, having absorbent panels sewn in. Some have flaps, some sew only the front and back, leaving the sides open, and some sew the diaper completely together (which makes drying them significantly more time-consuming). To expedite drying, some AIOs have panels that snap in and out completely. Others have panels that stuff into pockets. But unlike AI2s, these shells can’t be reused, and unlike Pockets, the panel is attached and doesn’t need to be retrieved from a laundry pile. AIO diapers are preferred by most for their convenience; a sort of reusable disposable so-to-speak. As a result, they often carry the heftiest price tag, one which often scares people away who search the web for “cloth diapers” and see something like Smart Bottom’s $30 AIO diaper (the part where I choked on my coffee during my initial research). Pricier all in ones tend to use natural fibers, referred to by their acronym NAIO (not to be confused with nb aio, newborn all in one), and cheaper all in ones use microfiber topped with a skin-safe material like microfleece.

If you haven’t noticed, covers are like a cheaper version of AI2s and share the most similarities. Likewise, pocket style diapers are like a more economic version of AIOs, giving users the convenience of an AIO style diaper at the cost of the extra 5 minutes it takes to stuff the diapers on laundry day. Each style has their pros and cons, and each style can be interchanged to some degree. While some people feel they need to pick just one style, I encourage people to pick from any that work for them because they all have their place. For instance, I have AI2 covers I use as regular covers (I like the fit), I have AIO’s for on the go, and I have pocket style for my daughter who has very sensitive skin.

I will discuss more in depth the pros and cons of each style in a future post.

As for price, don’t be freaked out! A couple things need to be considered:

You can also check out my post, Cloth Diapering on a Dime, if you need some budget-friendly advice!

Don’t let the price freak you out. It’s a scary investment indeed (believe me, I’d know), but I can’t begin to describe how awesome it is to not have to stop in the baby aisle at the store every week to drop money on trash.

If you’re like me, one of your biggest concerns (or, more accurately, downright fear) is what to do with poop. I will be addressing that in a future post soon as well.

I hope you found this clear and helpful with deciphering some of the overwhelming aspects of modern cloth diapering! We have come a long way from pins and rubber pants, and while the information is simple, there is just so much of it! If I failed to mention something important, if there’s something you’d like to add, or if you have any questions please comment below! I’d love to hear from you! Thank you for your time and God Bless!